Some educators, including some of us who meet regularly on Teachers Teaching Teachers, have begun to find places in our curriculum for microblogging.

“Compared to regular blogging, microblogging fulfills a need for an even faster mode of communication. By 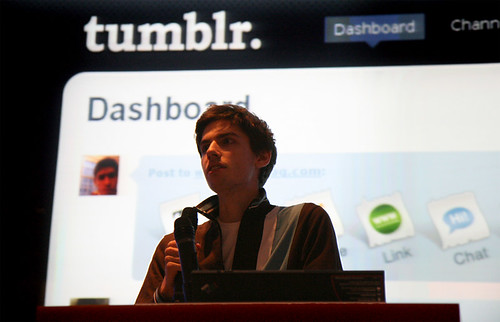 encouraging shorter posts, it lowers users’ requirement of time and thought investment for content generation. This is also one of its main differentiating factors from blogging in general. The second important difference is the frequency of update. On average, a prolific blogger may update her blog once every few days; on the other hand a microblogger may post several updates in a single day.” (Java Akshay, Tim Finin, Xaiodan Song, Bell Tseng, Why We Twitter: U 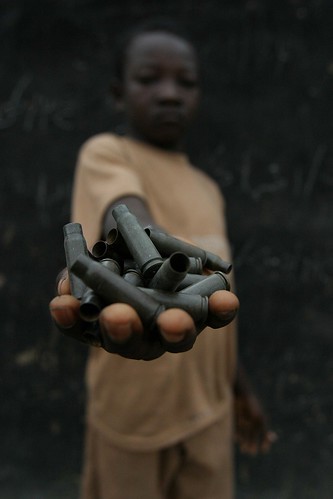 nderstanding Microblogging Usage and Communitites. August 12, 2007)
At the beginning of this podcast we explore microblogging with David Karp, the 21-year-old founder of Tumblr, an interesting new blogging platform that some of us have begun to use. VoiceThread founders, Ben Pappel and Steve Muth join us in this conversation as well. (Read more about microblogging below.)
In the last 15 or 20 minutes, (beginning at 31:14) we are joined by George Mayo, an 8th grade teacher in Maryland, and Wendy Dexler, a 3rd grade teacher in Florida, who joined each other at Educon 2.0 to create a Global Darfur Awareness Event which will take place on March 6th. (Read more about this project below.)
Chat Log


More about Microblogging
David Karp’s description of posting on a microblog, such as tumblr, suggests to some teachers that such short forms would fit well into our classrooms. “Posts can be a small encapsulated piece of data. It doesn’t have to be the nicely formated four paragarphs of text that a WordPress post sort of forces you to make each one of your posts…. When you just have a thought to post or just have a link or a photo to post, it can go up.” Teachers who find it difficult to squeeze blogging into an already bloated curriculum might consider adopting microblogging.

Once such short bursts of online publishing become the norm, however, one can imagine the next steps as well. Karp continues: “That doesn’t mean that [microbloging is] not elastic and can’t handle a long, thought-out, multi-paragrpah post just as well.”

The vibrant, relevant student blogs we can imagine as the the “end rusult” of all of these elastic, frequent updates are ones in which students would have, “ten to twenty posts throughtout the day with lots of photos, lot of links, lots of blurbs, lots of quotes, and dialogues, and songs that you are listening to!” I think most students would agree with Karp when says, “All of that ends up frankly being a much more rich experience than that one editorialized piece a lot of the time.”

Steve Muth, one of the developers of VoiceThread and Ed.VoiceThread suggests that “casual” ways of publishing on the Internet are becoming more and more popular:

People are interested in doing what blogs do. All the stuff that blogging is, they want to do that stuff, but they simply don’t want to make that big investment in time. And that’s the same thing with a lot of things people like to do online. They want to do it; they don’t want to make a big investment in time doing it. And so, they’re looking for casual answers… If you give people a vehicle that’s incredibly simple and still looks really good, it’s so easy for them to set aside the five or ten minutes or the twenty minutes.

How easy it is to imagine this becoming an argument for using microblogs in the classroom where teachers might be able to invest 5, 10 or 20 minutes each day for students to post one “ah-ha” or one question, or an image or link on their micoblogs.

“And then,” as Muth continues, “strangely enough that often translates into them spending more time than they would have with a more complex blog. Just because it’s microblogging doesn’t mean that it has to be shallow or not meaningful or deep at all! The content can be just as good. It’s just that as you approach it, there’s no big hurdles.”

It’s exciting to imagine students adding to their microblogs, taking a few minutes in every class to update their thinking throughout the day.

Maybe they’ll be blogging about Darfur!